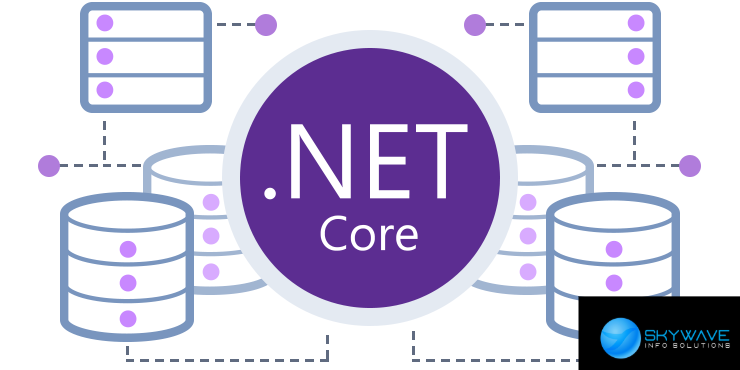 .NET Core is an open-source framework for building, Internet-connected apps. With .NET Core, you can: Build web apps and services, and mobile apps. One can use favorite development tools on Linux, Windows and macOS.

.NET Core is one of the safe sources for development best practices and maintenance deployed to create the code and keep it updated. .NET Core is so much faster within the Kestrel and MVC and frameworks.

.NET Core nowadays the most popular frameworks among many developers,”

.NET platform are all free. And no licensing costs, for commercial use also NET Core supports UWP and ASP.NET Core.

With the new enhancements and upgrades, the code actually gets much more optimized to improve the performance.

There are so many ASP applications and many developers who are happy to continue using ASP. … Many web developers have been preferred to work with this system. ASP is widely used over 20 years.

The tutorials are designed for beginners and professionals any body want to learn how to build ASP.NET Core web applications with must. Basic knowledge of C#, HTML, Visual Studio, and Object Oriented etc. .

ASP.NET Core is the framework for web development with .NET.

.NET core directly optimizes the code, thereby it increase the performance. Moreover, it enables the developers to deploy, build and test the applications directly in the cloud.

Good documentation is needed for any application, and it starts with documenting your code. Client mainly code to HTML and CSS.

.NET Core is a latest version of .NET Framework.

If multiple schemes are used, authorization policies can specify the authentication scheme (or schemes) they depend on to authenticate the user. Authentication Scheme by default, they may recognise by a different name could be provided when calling Add Cookie).In some cases, the call to Add Authentication is automatically made by other extension methods.  By using ASP.NET Core Identity,

In the tutorial they show how to create and run an ASP .NET Core web app using the .NET Core CLI.

You will learn how to

Open-source Framework: .NET Core is an open-source framework managed by Microsoft. Its available on GitHub under MIT and Apache 2 licenses. It is a .NET Foundation project.

You can download, viewor contribute to the source code using the following GitHub repositories:

Consistent across Architectures: Execute the code with the same behavior in different instruction set architectures, including ARM, x64 and x86.

Millions of developers have used ASP .NET to create web apps. ASP .NET Core is a redesign of ASP.NET, it also includes architectural changes that result in a learner, and much more modular framework.

Many of the tutorials and articles includes links to sample code.

Laravel vs. spring: 9 Differences to Decide which backend framework is better?
August 10, 2021