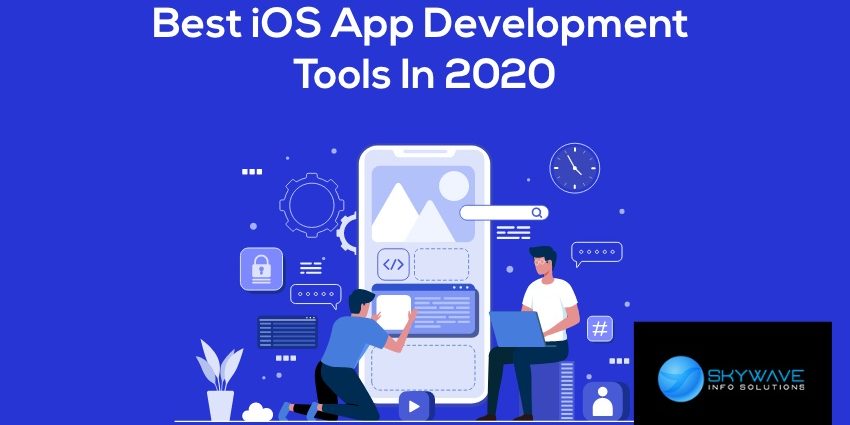 iPhone application just needed apple’s Xcode environment not needed many tools like other operating systems. Apple provides a free development environment using that you can develop the iOS app. Most common features the IDE has debugging, structural browsing and version control. It offers clean streamlined syntax that minimizes typing. It uses LLVM to generate optimal code. Some tools are useful for iPhone application development is like below:

iTunes connect mobile useful for knowing about review if the mobile app has been rejected or approved. If you found an error in the that shouldn’t end up in the store at that time you can quickly withdraw the app.

Reflector connects with devices that support google cast, Mira cast and airplay mirroring. When airplay mirroring is activated screen content displayed on mac and recorded with a reflector.

Pixelmator is useful for adding graphics related work in the development of the iPhone app. If you want to cut the icon and build button it can be done by Pixelmator. It includes iPhoto library events, smart albums and picture folder.

Screen flow useful to highlight windows, add text and enlarge the mouse pointer. It record picture with sound and also you can comment below it. By the way you don’t need any extra video editing software.

Xcode is one of the best tools for iOS application development. It has a button which splits the editors into primary work documents and assistant editor. It has an integrated builder which makes it simple prototype full UI defining any code. It includes LLVM compiler, iOS simulator and other features. It includes everything wish to make wonderful apps. It is used to customize your coding experience.

CodeRunner2 was the easiest tool for iOS application development. It has many features like file navigation, symbol navigator, custom compile flag, automatic indication support, word completion and an interactive console. It was designed like it can run their code on any language.

Atom is designed by GitHub. It provides easy installation and customizable environment of packages. It supports swift language. It is a text editor with a trendy approach. The IDE supports atom hacking to make IDE runs on Unix.

App code is the smart tool for iOS application development. It takes care of the daily routine. It includes smart type completion & basic type completion. It performs many other code performances like C, C++ and objective C.

Ray gun is performance, error and crash monitoring tool. Once the error is detected your performance appears with detailed reports. It offers online service and SDK for in-depth error diagnostics. It offers smart grouping and notifications work alongside your current tools.

Sublime Text3 is one of the best code editors. Sublime Text3 is fast code, functional, smart text editor. It allows you to supported efficiently. It was build based on python and C++. It supports many snippets.

Dash can integrate with third-party sources and many plugins. You can create third-parents sets and decide which document set to your download. It offers 200 API documentation sets.

Hyperion is a tool that can be integrated with any iOS app. It offers three default plugins like slow motion plugin, measurement plugin and view inspector.

Ray gun is a tool that provides how users are experiencing your iOS applications. Once errors are detected they appear with detailed reports on your dashboard. It helps monitor to track issues they have faced during individual sessions.

Swiftdoc is convenient and safe. It provides specialist video consultation and GP for both iOS and Android devices. It supports many languages like fundamental and Objective C. It helps to catch and fix errors as possible. It also introduces optional type that handle absence of value.

iOS Console allows viewing console logs directly from your computer. It supports textual filtering which makes it simpler to find the log messages. By the iOS console, it becomes much easier to find a place.

There are many other application development tools also but above mentioned are the best. These are the tools that are widely used by developers. Unique features of above app help iOS user more creatively.